The Fellowship of the Python continued

Narrator: *Narrator: The Holy Hand Grenade of Lothlorien did the trick and the rabbit did indeed snuff it. So the Fellowship entered the cave of Careto Banorc....* 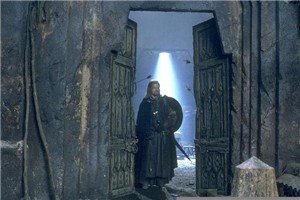 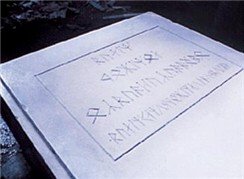 What language is that?

And there's a book! 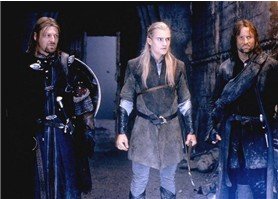 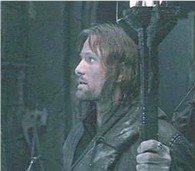 Aragorn - When I am King (which I still am not) I will definately reform the school system of Middle Earth. Honestly. Everyone should be able to read! 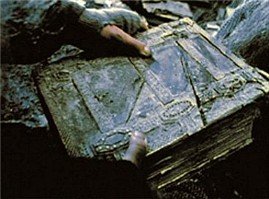 What does it say?

It reads... 'Here may be found the last words of Ulfin Bedweer of Regett. He who is valiant and pure of spirit may find the fires of Mount Doom south of uuggggggh'.

Look, if he was dying, he wouldn't bother to write 'aaggggh'. He'd just say it!

Legolas - I missed the part where I asked you.

Merry- No, no, Frodo, it's "uuuggggghhhhhhh"
Pippin - It's the monster of aaaaaaaaaaaaggggggggghhhhhhh!!!