[Lord of the Rings Caption Page]

By the makers of The Voyage Captions - The Fellowship goes to Philadelphia, The Jacket Captions - Where's the Jacket, Frodo? and of many more insane captions,
brought to you exclusively by The LotR Caption Page,
we proudly present the newest production of

(sadly unfinished, sort of like a caption workshop taken from the boards...) 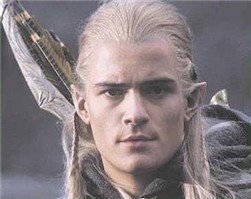 "I can't believe you took his kite without asking..."

"That was old Bilbo's kite, given to him by the dwarves long ago. Now... which tree is it in?" 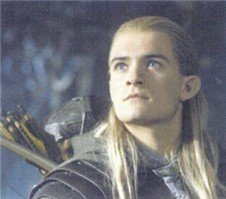 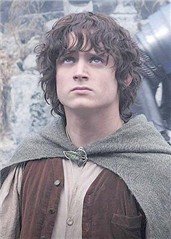 Is that what I think it is?

Frodo: I can't believe they ruined my kite, my beautiful kite with the sparkly purple ribbons...Uncle Bilbo gave me that kite...it was my birthday present...my own....my preciousssssss... 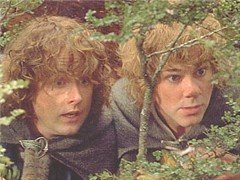 "I don't think I shall ever get it back."

Well i just don't like the idea of it Mr. Frodo Sir, beggin yer pardon and not one bit do I like it!

Samwise. Dude, Sheesh take a chill pill, he promised to lead us to the kite... 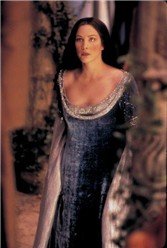 Treebeard gave it to me...See how prettily it flutters in the breeze! 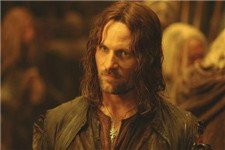 odo is frantic! first his CD's, now his kite, you must return it!

Arwen: But it is too pretty for a hobbit...look at the purple ribbon! See how it flutters? Couldn't I just....
Aragorn: MMMMMM

Oh, all right already, I will return it to Frodo. This has just not been my century!

WHAT? There had better not be anything wrong with my kite! What is it? WHAT??!!

I have climbed up and down trees, through bushes and across swamps to find my kite. Look what it's done to my mullet. 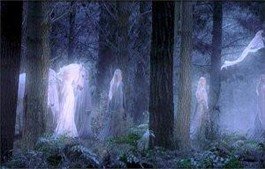 The elves comb the woods in search of Frodo's kite. 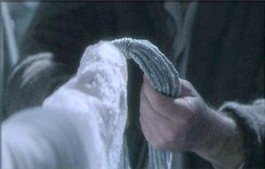 Galadriel: Next time have Frodo use this elven kite string which never breaks. 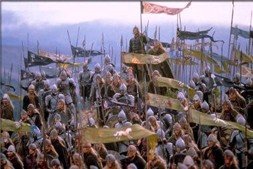 Frodo's kite would not be lost if instead of using string the hobbits would fly their kites on pointy spears like we do. 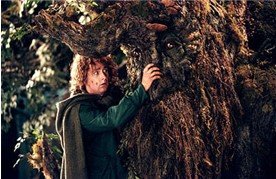 Pippin: Treebeard, you had no right to give Frodo's kite to Arwen. He's very upset.
Treebeard: Finders keepers..........hhhoooooooooommmmmm.........losers weepers.
Pippin: Whatever. Can I hide up here until he calms down?

Has anyone the power to uncover the whereabouts of Frodo’s precious?

Gandalf: Man, he's not gonna be happy when he awakens...

PJ: What's all this kite business? This movie is about a ring, not a stupid kite!
Frodo: But, it is so pretty. So purple. It's my kite! Mine! My own!

Yes...yes...elf's inhumanity to hobbit...the paradox of the superior being stealing the cheap paper toy of a small being...yes...yes...conflict...intrigue...angst...

Yes, now Arwen has taken your wonderful, beautiful, precious kite. You shall never see it flutter in the breeze again. That's it. Right. Beautiful. Genius! 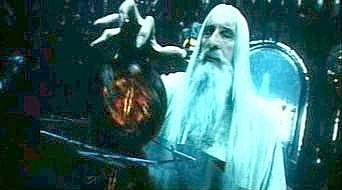 "Make me some kite string worthy of Mordor"... 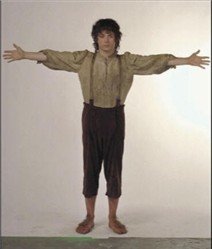 I don't trust him as far as I can throw him Gandalf!

Gandalf: Yes Frodo, its the Mirkwood Elf, he's been yearning for the kite himself and is following along in hopes of snatching it...

FB: Its a pity Boromir didn't clobber him at the Council of Elrond.

Gandalf: Even the wisest cannot see all ends Dear Frodo, perhaps that Nancing Fool has a part to play yet.... If I know one thing it is that Elves are vain as peacocks and are not above bribery. Perhaps you have a pretty thing that he would like instead?