Maybe if I hide behind this sword, they won't notice me? 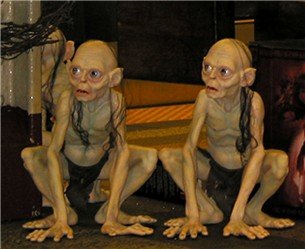 The twins were shocked as they realised they didn't make it for the final rounds of Middle Earth's Twin Beauty Contest.
Gollum 1: ... but... but... we spent hoursesss in the makup departemnt...
Gollum 2: ... and we have been protecting our beautiful skin from sssunlight for lotssss of yearsssss... 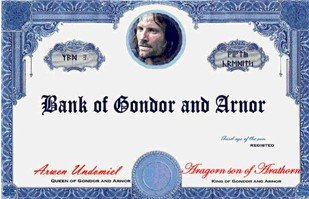 Since when does the Ring posess the power of demonic possession?

Nivea - the solution that works. 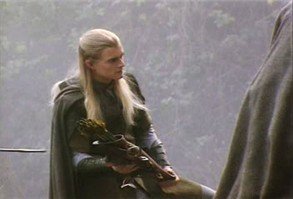 Legolas - And what are these "ar-rows" used for?

It was that moment that Legolas realised Lembas didn't really taste as good as advertised. 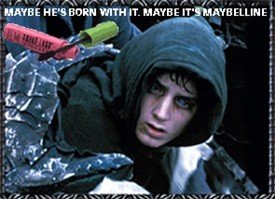 Maybe he's born with it... maybe it's Maybelline... 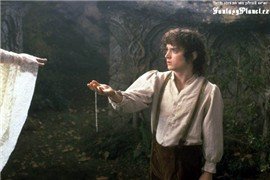 Galadriel uses her newly acquired Jedi skills to get the ring.

by Diamond_Baggins, from Frodo's World 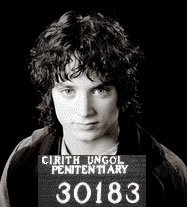 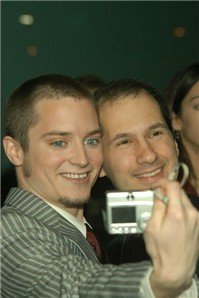 On second thought maybe I shouldn't have gone with the buzz cut. 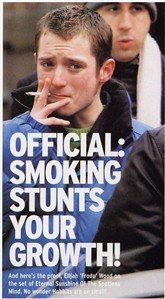 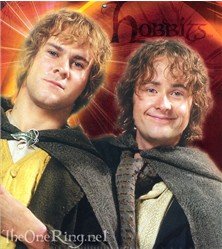 "Saint Meriadoc. Bishop of Vannes. Festival day is the 7th of June. A rich man he gave all his money and lands to the poor and became a hermit. He founded several churches in Cornwall and then crossed into Brittany and became Bishop of Vannes, an office he took reluctantly as he had wished to follow the life of a hermit." 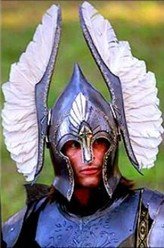 So then our new strategy is to make the enemy laugh themselves to death? 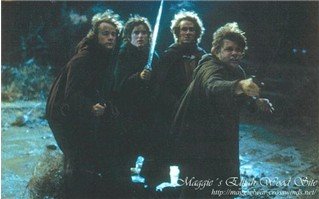 Legolas, turn off the hairdryer!

Pippin - What do you mean, we don't get back to the Shire for 2 more movies?
Merry - It's called a trilogy, Pip.

from the Caption contest at [Pippin's World]